I realised today there’s a few new things I’m OBSESSED with and they’re all Disney related, so I thought I would share them with you… 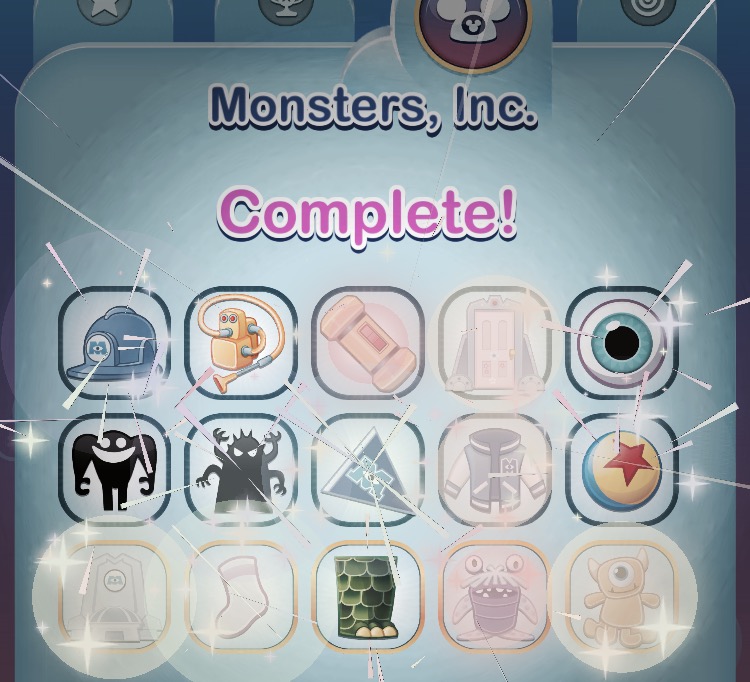 Oh my god I am MAJORLY OBSESSED with this game! I came across it by accident trying to find apps for Jacob and I’ve been addicted ever since! Plus I read it’s good for mums to be “into” a game when they’re at home, so this encourages me even more to play the Emoji game whenever I get 5 minutes to myself. If you like apps like Candy Crush, Bejewelled or Tsum Tsums then you’ll like Disney Emoji. Just wish the merch was better here in the U.K.

This year we’re not getting Finnley traditional presents for Christmas because he’s only gona be 8 months old and has plenty passed down to him from big bro. So we decided to get Christmas ornaments & decorations as “keep sakes” instead. So I’ve been OBSESSED with scouting the internet for some Christmas treasures. Obviously there’s a few hanging decorations on the Disney website I’ve got my eye on, and some figurine ornaments on eBay that I’m “watching”. I want to buy them all now 😂 but I don’t have enough money yet! 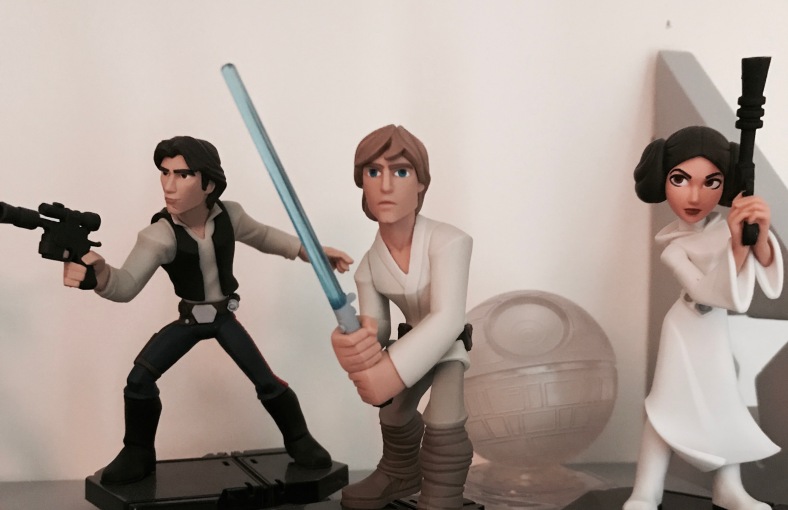 Since the Disney Infinity game was discontinued, the figures have been reduced to silly prices. When I chose Star Wars as the theme for Finnley’s bedroom, the infinity figures were some of the first things I got to display on his shelves. I then started looking for ones Jacob might like based on his fav films and managed to get some second hand along with the game for the Wii. Most recently I got some still boxed for £2 each which I’m sticking away as stocking fillers for Jacob’s Christmas. Im getting a bit obsessed with finding ones on eBay, I bid on one the other day and got it for 99p! Who doesn’t love a bargain?!

This obsession is nation wide I’m sure, and it’s going to get worse if they continue to sell amazing Disney merch. It’s become SO obsessive that there is now a “Disney Primark” store in Val d’europe just outside of Disneyland Paris! I now regularly visit my local Primark on a Saturday morning hoping to grab the item I’m currently obsessing over – like the chip cushion and beauty and the beast bedset. Which I’ve not managed to get my hands on yet!

Uh this is my new social media obsession and there’s two reasons for it. Reason number 1: I’m trying to increase my followers but also trying to stay true to my family, myself and my blog. Reason number two: I love looking/stalking other people’s Disney collections, Disney holidays and Disney merch that they’ve either bought or made themselves. I’ve become so obsessed with Instagram lately that I’ve not been on twitter much 😵. It’s so hard for me to find a balance between all the social media apps I use, especially when I’m trying to increase followers in a natural way.

So there you have it, my recent obsessions. I would love to know what yours are or if there’s one you’re currently obsessing over right now. Please share or write your own post and let me know.

13 thoughts on “My Latest Disney Obsessions”